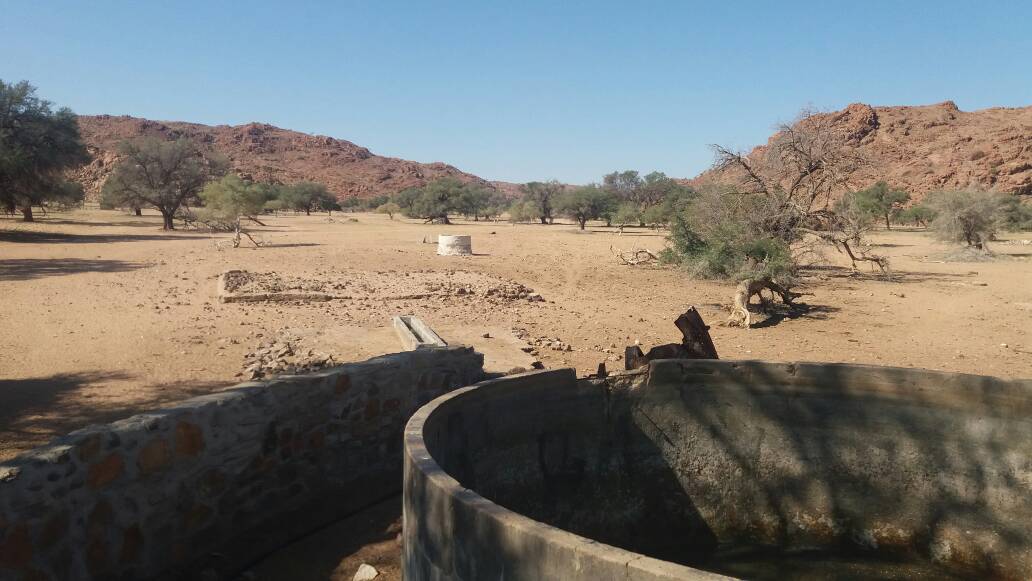 Background
In the general Damaraland region of Namibia, more than 91% of the population is located in the rural areas, of which 63% of the terrain consists of desert and peripheral desert along the fringes of the Namib Desert. The conditions for survival are harsh and socio-economic patterns are therefore essentially defined by the environment in which people have to eke out a living. The level of infrastructure development in general, and the availability of resources and water supply in particular, determine where higher settlement densities may be found. Damaraland is also comparatively more sparsely endowed with either natural resources or development of basic infrastructure.

In addition to this, historical and political influences have played a major part in shaping the specific demographics and settlement patterns of this region, resulting in the characteristic African propensity of communities to segregate on tribal lines.
Most families are settled on communal farm land where they will keep a small herd of goats, a few sheep and maybe some cows, all of which comprise the sum total of their wealth and which need to sustain their meagre incomes when the odd head of livestock is sold. The young male folk of each family will in most cases rather supplement the family unit’s income by mining for semi-precious and other stones to be sold mostly to tourists, than finding a job in town where the requirement for skills levels is higher than what they can offer.
The de Rust Project provides an amazing opportunity to get to know this remote and beautiful area of Damaraland. Located just north of the Brandberg which, at 2573m is the highest mountain in Namibia, on the banks of the ephemeral Ugab river, the setting is simply stunning.
The area is home to desert adapted elephants, together with other wildlife species including oryx, zebra, springbuck, spotted hyena and lion.
Living in close proximity to wild animals naturally results in regular human-wildlife conflict due to the competition over resources like grazing and water. Elephants normally drink from natural water sources in the riverbed but, once those dry up during the dry season, they visit water installations belonging to the local farmers. Though they are not destructive by nature, elephants will employ whatever measures required, to access piped water when water troughs are not filled up regularly.

Existing Infrastructure:
Initial infrastructure development at de Rust by government many decades ago was aimed to be used by humans, rather than the resident wildlife species, and consist of the following:


The Solution to the Problems:
The following parts of the project will eliminate all issues mentioned, and it will enhance the quality of living of the community members substantially: 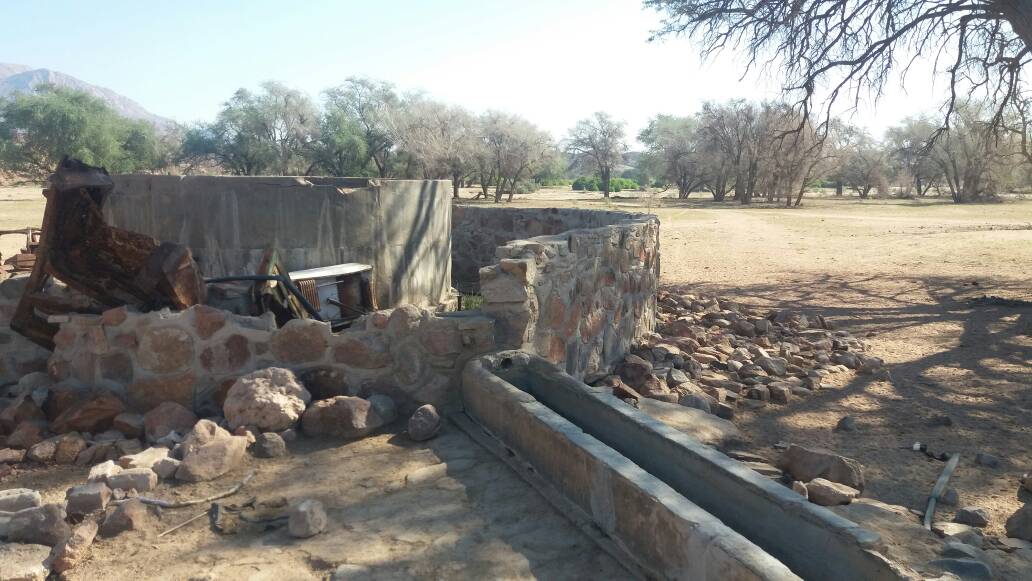 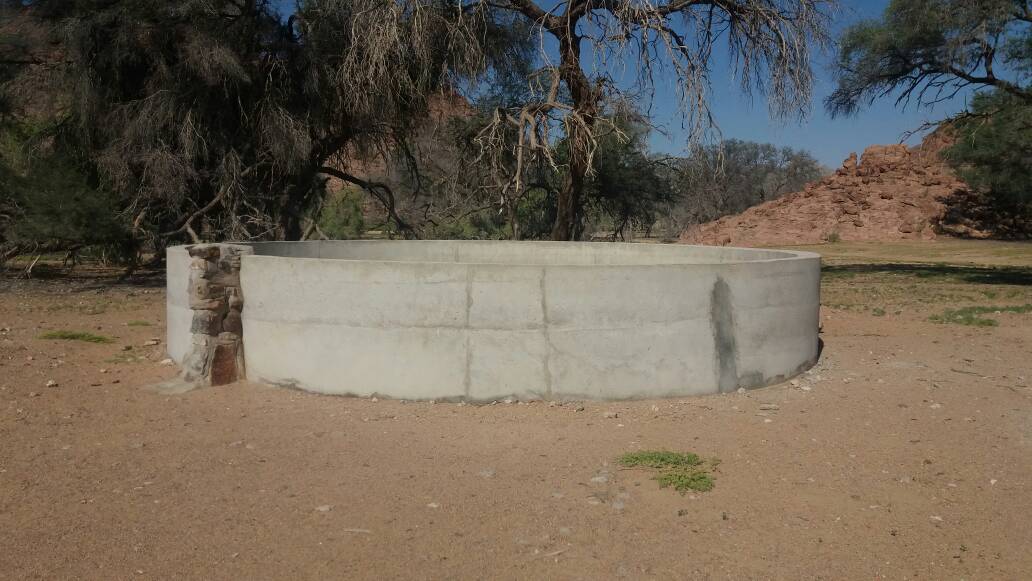 (Elephant dam, to be completed & commissioned)

Execution and funding:
A group of volunteers from Friends From Ireland (FFI) (www.friendsfromireland.ie.) will come all the way from Ireland to Namibia to do the project during August 2018. They will engage in a variety of fundraising activities before that time in order to pay for the trip as well as for all the materials required to do the work, and then spend two weeks in the bush to do it. Imagine the fun they will have!!